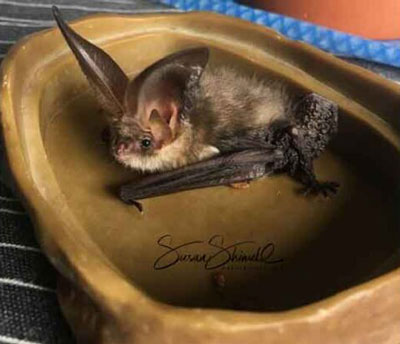 Off to Sherborne last night to release Massi, our lovely Brown Long-eared bat, back to the wild. Massi was named after the finder,

Massi came in on August 25th, weighing 3.36g, this is extremely underweight for a BLE.  He was a sweet, gentle little soul and was released weighing a healthy 7.62g. Fly free, little Massi!

One Out – One In.  I have just received another call for help. A kind nurse at the Salisbury hospital has rescued a bat from a hospital corridor.  Another kind volunteer, a bat ambulance driver, has also offered to deliver the bat to me. Thank you to you both, and fingers crossed the new arrival is going to be okay.