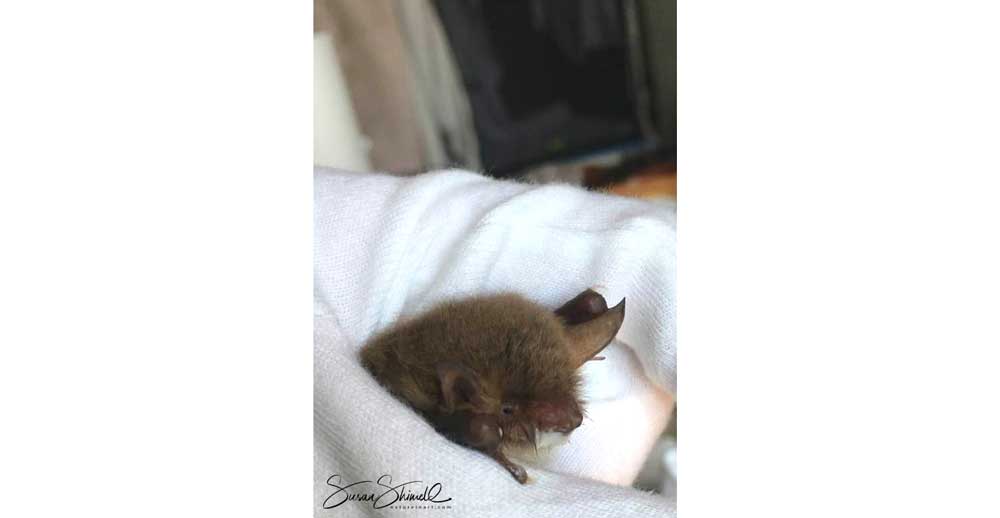 When pups arrive they are fed electrolytes and then milk every few hours. Over the weeks; as they progress, I gradually drop the feeds from four times a day to two, and then one evening meal suffices…with milk still being offered and enjoyed by most of them. In the wild, a mum will continue to feed her pup milk, until the pup is weaned. This is a photo of Milky Chops slowly falling asleep after his milk meal. He is a large juvenile Natterer’s bat and he was found in a local hosp. He was considerably underweight and couldn’t sustain flight. He is now eating solids and has slowly but surely been gaining strength, and as can be seen, he is still loving and guzzling his milky meals.