Niko on the mend 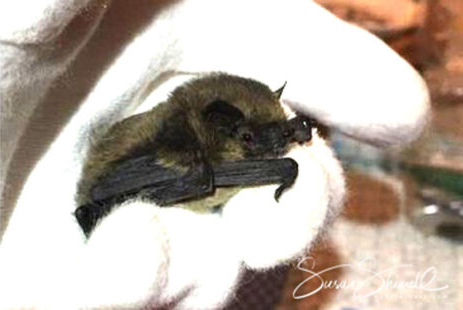 I am pleased to say my new little Pip, Niko, finally accepted a drink last night and later on ate solids. This morning he is still with us and has eaten a good breakfast. He is a gentle little soul. He has had a couple of liquid meals today and has just enjoyed another drink of bat milk. He looks better, has gained a little weight, and is such a handsome little boy.

I received Niko, last week, after he’d spent a couple of nights on the floor in St. Nicholas church before being rescued and, coincidentally, while writing this, I have received another call re: a bat seen last night sat in the mud on a building site.  The poor little thing was still there this morning and is now on his way to me. Thankfully, I purchased more bat food last week.

Update: Building Site Bat
It transpired, the little bat was a girl, and apparently this morning she was found hiding behind some concrete blocks. I fear she was injured, unwittingly, when someone moved the blocks. She had a broken finger and damaged wing and as she would never have flown again she sadly had to be pts.