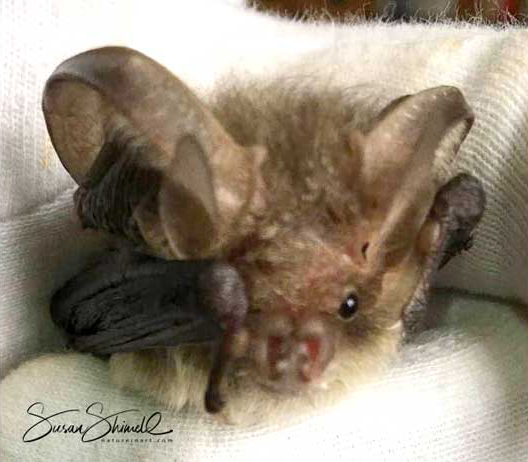 In the last 7-10 days I’ve received two more rescued Pip bats: released another that had been with us for many weeks, and late tonight received a Brown long-eared bat. The BLE, now named Hendrix, was seen inside a house yesterday and was still in the same spot today.

The weather over the past few days and nights has been extremely cold, which means that bats cannot feed and put on the extra weight needed to see them safely through hibernation. On arrival, little Hendrix was slow to respond, but eventually, he drank a few sips of rejuvenating fluids, and has since had a little food. He is now tucked up warm and safe.

All rescues this year have been extremely underweight which is of concern… especially so, at this time of year.