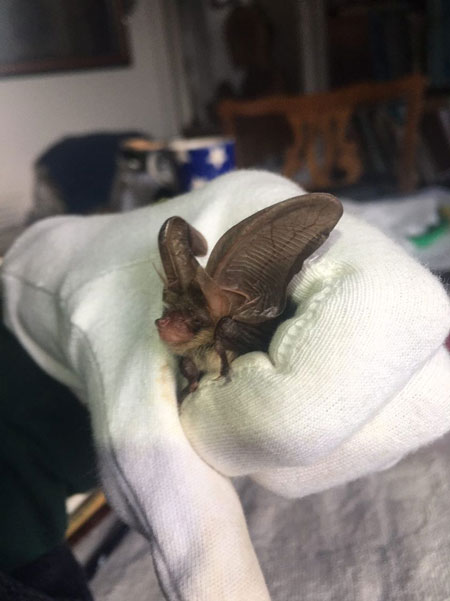 An unusual Christmas Eve day. Instead of making mince pies I was out rescuing an underweight brown long-eared bat. He was found outside, 2ft off the ground on a garage wall, at 11 a.m. yesterday. The bat was still there today, and thankfully, the finder found me via the internet.  There are pinprick holes in both wings indicating that the bat has been cat-attacked.  He was initially reluctant to accept fluids but administering a little and often, plus anti-bios, and he has finally accepted small amounts.  Fingers crossed for him.