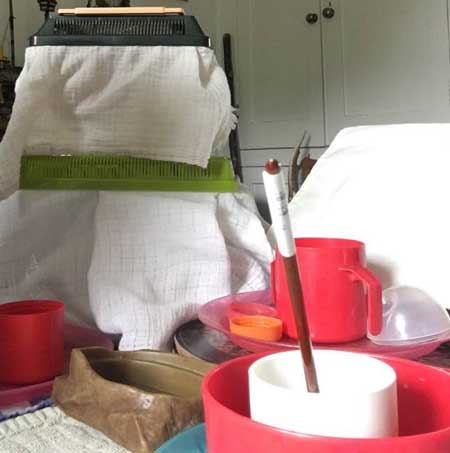 Unfortunately, the video is rather blurry but it gives you an idea of how each little bat or bat pup is fed.  Bryony had been left on a wall overnight. She was covered in mites on arrival and reluctant to move or eat.

Initially, pups have 5 – 6 feeds per day, and as they progress over the weeks the number of feeds is reduced.  Most, including adults, still enjoy a drink of milk even when they are on solids.  The milk feed is a good source of calcium and other vitamins; helping to build strong bones and flight muscles, and keep them in good condition.

To see Bryony accepting milk as eagerly as this, was a joy.  Throughout her stay she had been very slow at feed times, often falling asleep after just a few sips of milk. She would also drink her milk with her eyes shut, a behaviour I’d not witnessed in any rescues before.

Video: Bryony having her lunch