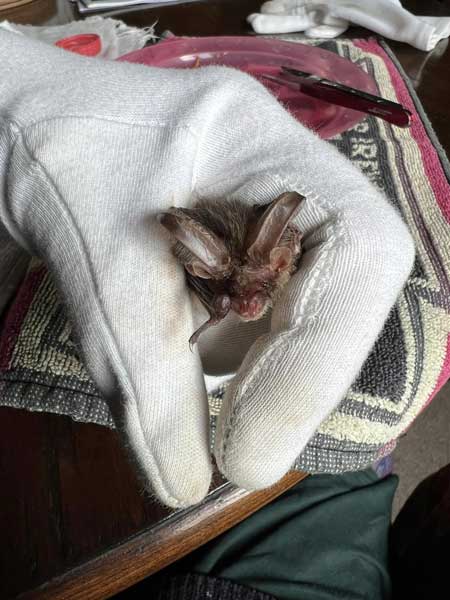 Bertie is still with us, but only just. He’s been refusing liquids all day and was not at all good at his last feed, last night. I didn’t expect him to be with us this a.m so was pleased and surprised to see his ears twitch slightly as I opened his faunarium. He was still refusing anything, but I kept managing to get just the tiniest drop of liquid into him. I’d then let him rest and try again later. On the fifth attempt today, he suddenly had a little twinkle in his eye which was lovely to see, even though he still wasn’t interested. Then at 18.00hrs, he finally accepted a drink and later two tiny mouthfuls of food. A small step in the right direction, but I think we still have a way to go. I am just hoping we can overcome it together. Bless him.