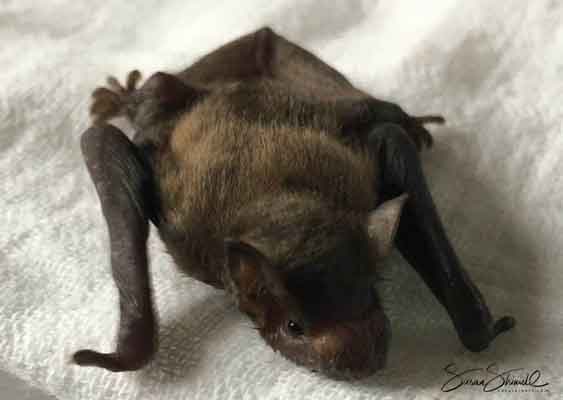 Baby Barnaby, my tiny, rescued orphaned pup is now doing well.  Sadly, Barnaby’s mum had not returned home, and whilst searching for her he had fallen from the roost. He was lucky to have been found on a garden path and rescued. In the photo, he’s just finished his milky dinner and had his little wrists and muzzle washed. 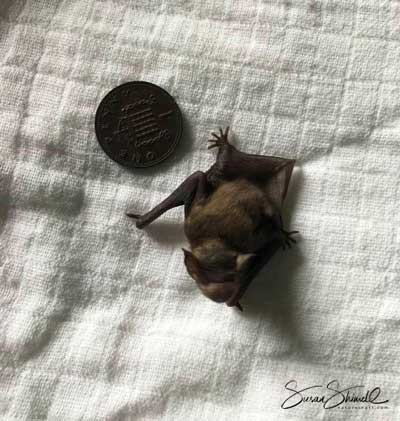 The 1p coin is to illustrate his size.

He was a very cold, wet soggy pup, sat in 3-4ml of water, inside a very wet Tupperware box. He was extremely reluctant to feed, refusing all attempts and just holding his little head down.  My artwork was on hold as I tried a ‘little and often’, and eventually managed to get a little drink into him. It took a long while to get him to respond, but for 7 days he appeared to be rallying and doing so well…until yesterday.

Sad bat news. As mentioned, sometimes our rescue bats are just too far gone. Barnaby was a little fighter and had been doing so well, especially after such a dodgy start. Yesterday he ate a little, but he was not really interested and was very sleepy. This a.m, June 29th, I found he’d passed away in the night. At least he was warm and being loved; we tried to help but sadly he couldn’t make it. RIP Barnaby.