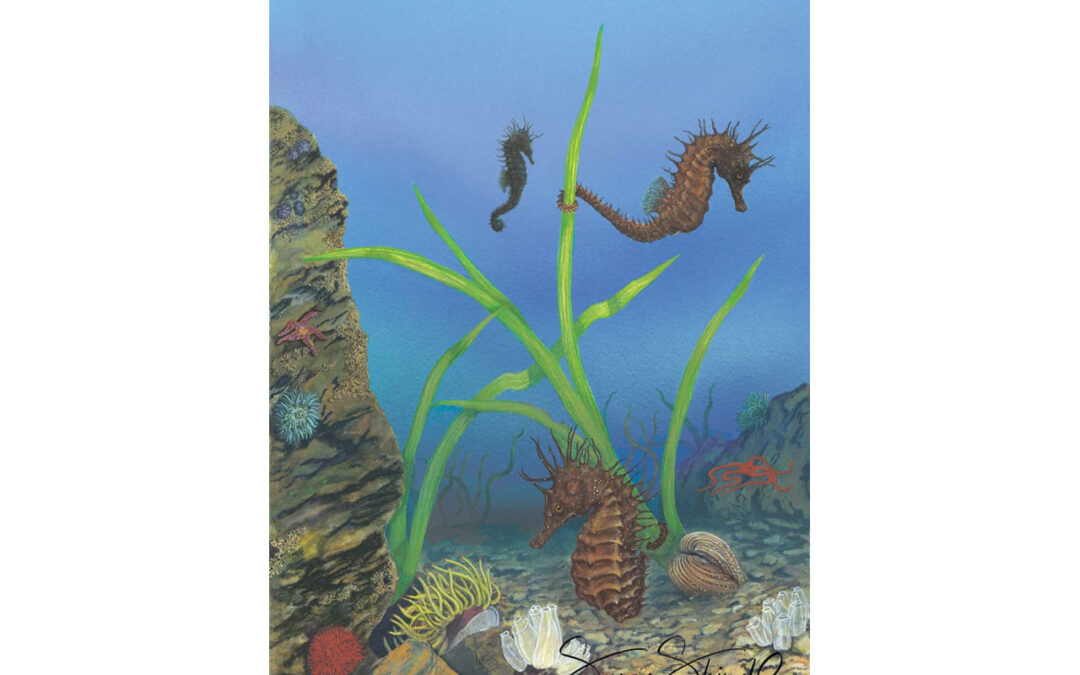 It has been a surprisingly seahorsey  week for me.

The local news today was that no seahorses have been seen in dives along the Studland coastline in Dorset, since 2018, when a dead one was found.

The seahorses have been missing for the past two years, but a recent survey dive revealed no fewer than 16 of them, including pregnant males and even a juvenile born this year. This is the largest number found in a single dive at the site since the Seahorse Trust began monitoring at Studland in 2008.  It is possible this is due to the Corona virus and the lack of human activity in the area for the past months: boats, with anchors being thrown overboard, bathers etc damaging their habitat.

Seems silly not to take this opportunity to mention that whilst at art college in the mid 90’s, we were taken to a local Poole aquarium and given the choice of studying and portraying one of the exhibits.

Whilst there I discovered a tank containing a lone seahorse: an accidental by-catch by local fishermen and one of our precious and endangered seahorses, which had been caught off the Dorset coast.

I feel quite strongly that it is wrong to keep any creature in captivity and isolation, and for this reason wished he could be returned to his natural environment.

The final artwork was painted in gouache and is also available as a lovely Seahorse fine art print and a Seahorse greetings card.