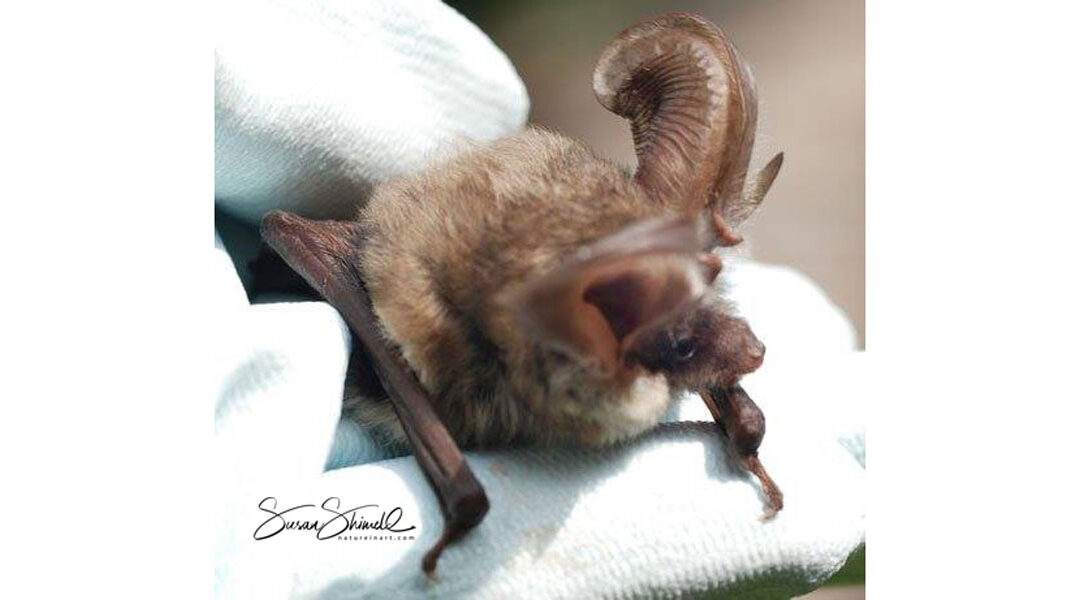 It was my annual Brown Long-Eared bat roost count tonight and am rather concerned, as no bats appeared.  For nearly 20yrs we have had a Brown Long-eared bat maternity roost in our loft.  It used to be the third largest known colony in the South West.  The number of bats recorded each year, at this time of year, has fluctuated but there have always been Long-eared bats to count.  Tonight it was a little bit blustery out there, but that wouldn’t normally stop them from venturing out to feed.  Maybe they knew better, but apart from 3-4 Pips seen earlier in the evening, no other bats were recorded.  Will try again soon.
Brown Long-eared bat © Susan Shimeld