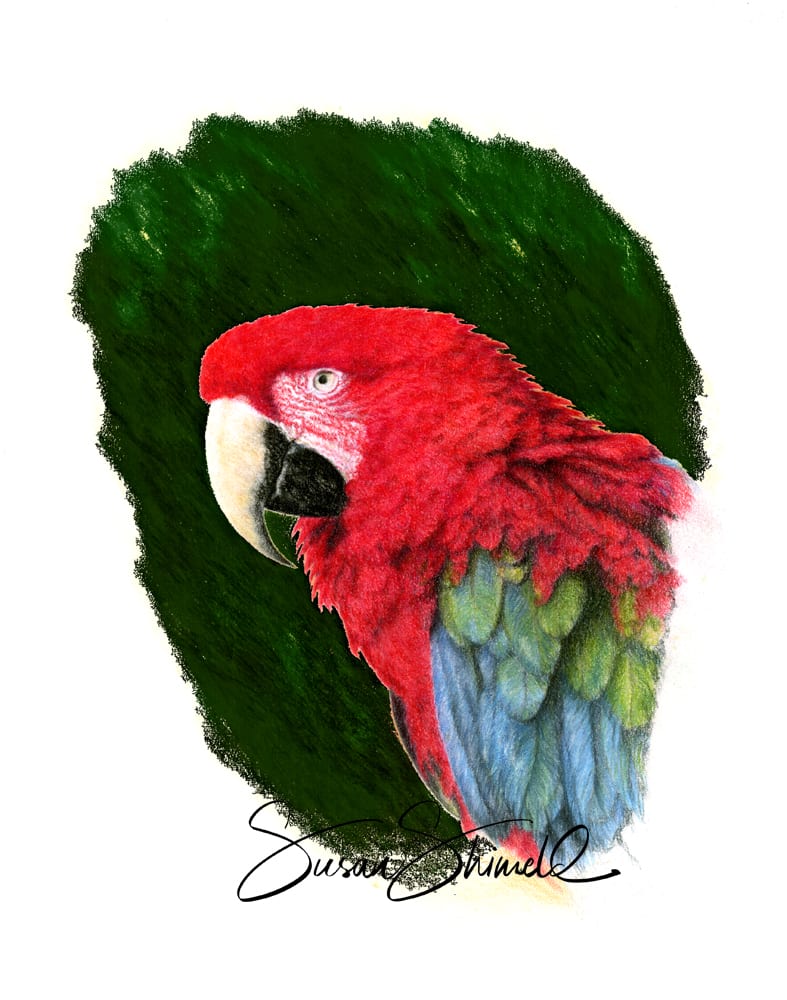 Macaws are large, colourful parrots that inhabit the rain-forests of tropical America.

In 1989, whilst living at my home and studio in the grounds of the Larmer Tree Victorian Gardens, Tollard Royal, I was asked if I would look after the exotic birds residing there. The collection included peacocks, six macaws: one of them being Ruby, plus golden, silver, reeves and blue-eared pheasants. This is a quick pastel sketch of Ruby.

I dislike the fact that people keep birds in cages, but as the birds at Larmer Tree were allowed to fly freely and were in need of someone to care for them, I donned my ‘bird-keepers hat’.

At that time, I was unaware one could develop a relationship with a bird and was amazed at how clever and inquisitive the macaws were. We came to know and trust each other well, and to this day, I still have a lovely relationship with them.   Ruby was the exception to the rule tho’. She was always fiercely independent and I fear she may have been badly treated in her earlier years as part of the pet trade. Se was such a stunningly colourful bird, I wished to portray her beauty and character in my pastel portrait.

The pet trade kills more birds than it sells and I feel very strongly that the birds are better off where they belong – in the wild. 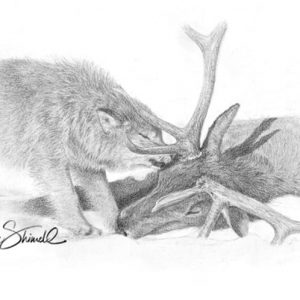