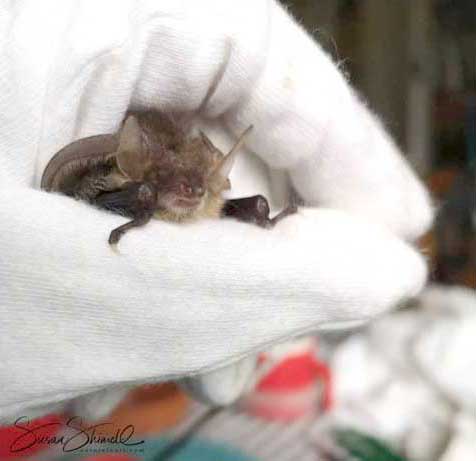 Sunday 8 p.m and I have just received my third bat rescue call today and couldn’t believe what I was hearing. The finder said that the bat was caught by a cat five days earlier.  The family presumed the bat was dead, wrapped it in tissue paper, and left it outside. Unbeknownst to them, the bat was still alive. It was only when the family went to bury it the following Sunday afternoon that one of the children saw the bat move inside the paper.

I have now received an underweight Brown long-eared bat, and considering everything it has gone through; I am amazed that it is still alive.

This little bat, now named Snoozy (as he nods off in my hand whenever I am trying to feed him), is such a sweet little bat, and I am pleased to say that after some effort, he eventually accepted a little warm drink of rejuvenating fluid.  He is now tucked up in a warm faunarium.  It indeed was a close call, and fingers crossed, his body hasn’t already started to shut down.  I will let him rest and will continue to administer fluids and try to gently revive him every 20-30 mins. 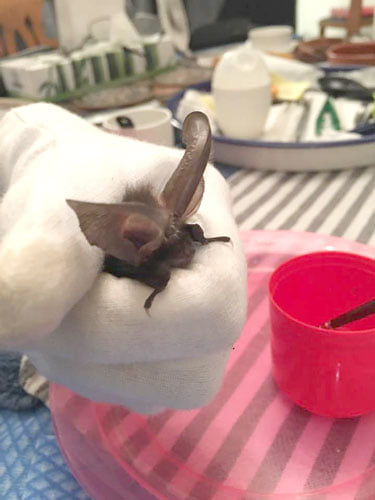 How he ever survived his ordeal I will never know.